The Grey Eminence by Jean-Leon Gerome is an excellent example of composition. Below is a breakdown of some techniques used. 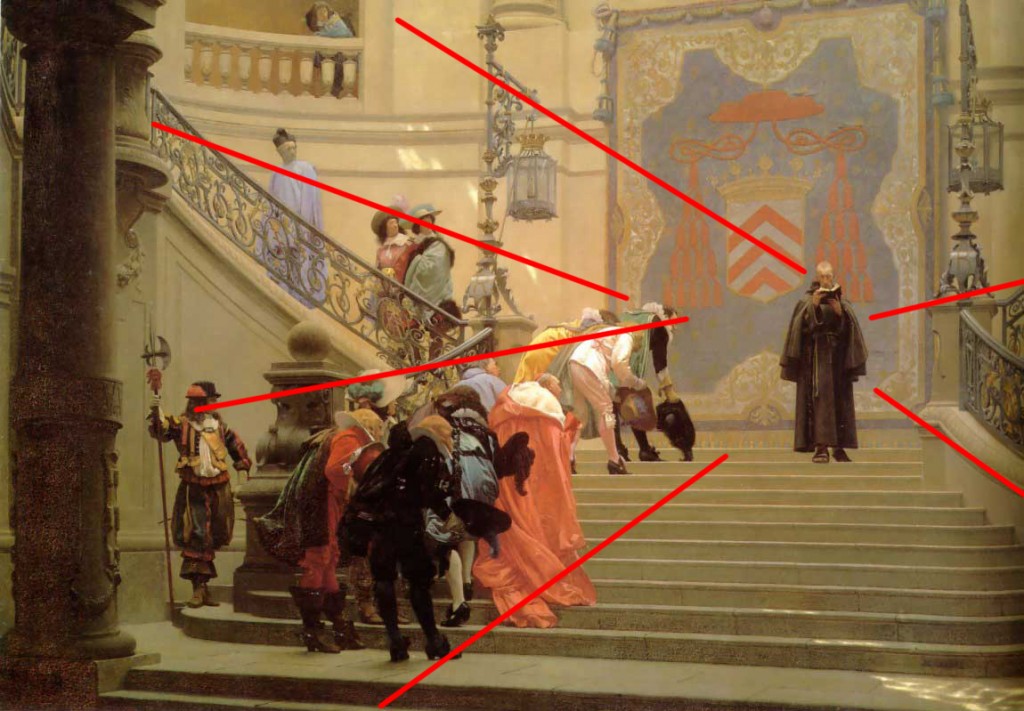 A spoke-wheel composition with the monk at the centre is caused by the following methods: 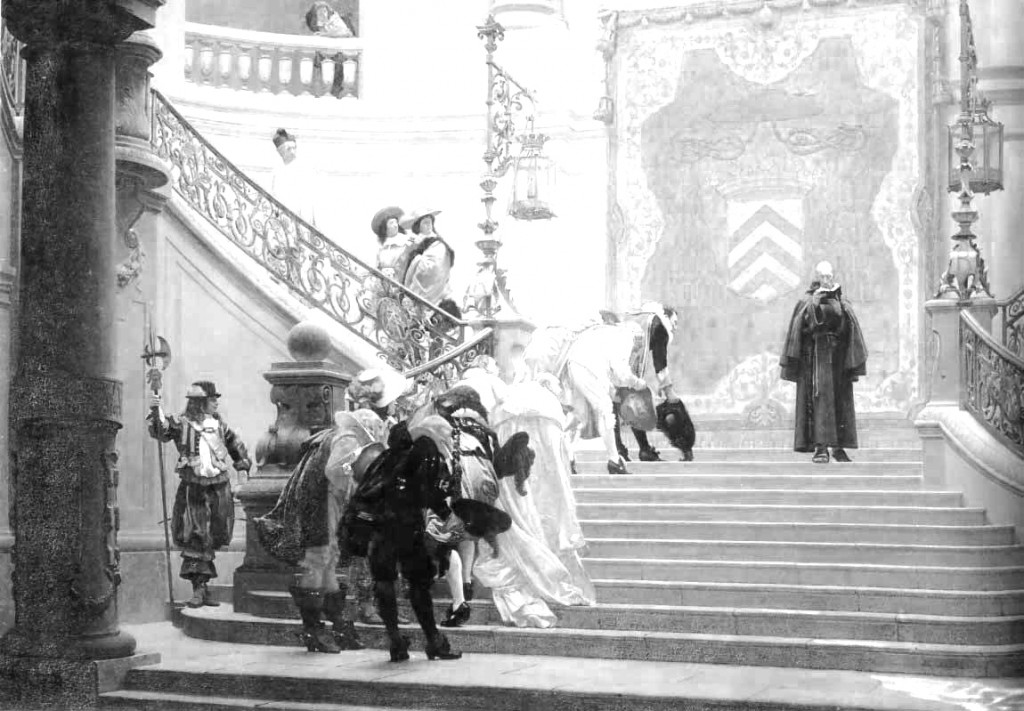 Objects that are in strong contrast to their background receive more attention. 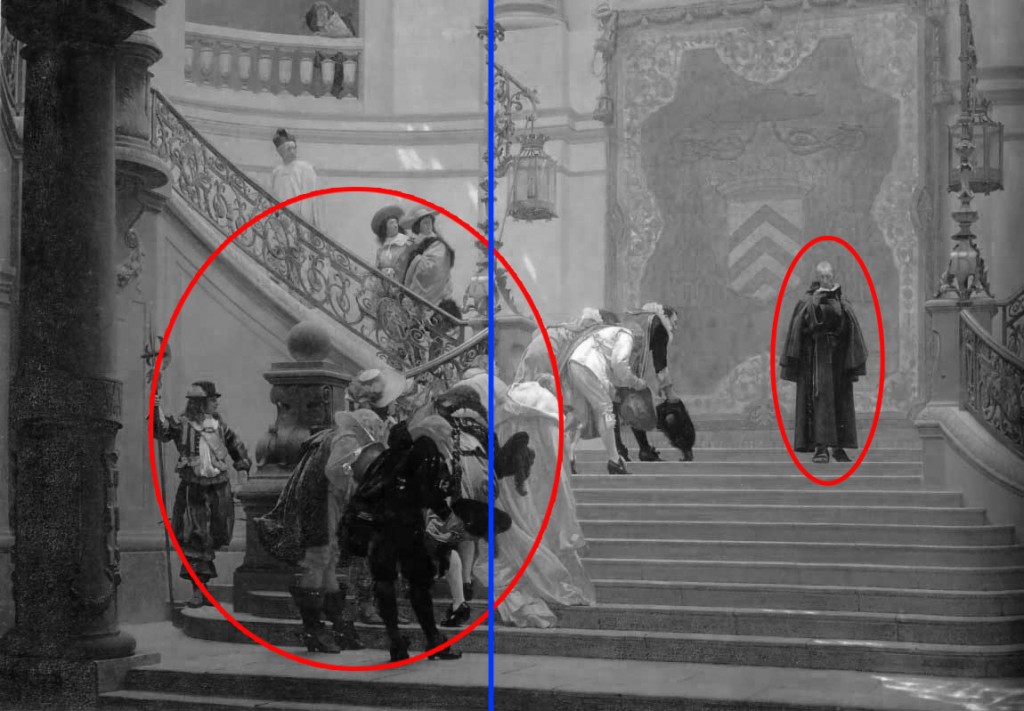 Larger weighting of objects should be placed closer to the central axis line. Smaller weighted objects should balance the larger weighted objects and so be placed further from the central line. This is just like a lever and fulcrum. This axis line can be both horizontal and vertical. In this example the monk is the point of focus but this compositional method can be easily used to make the larger weight the focus. Andrew Loomis in his book “Creative Illustration” speaks about this same principle, giving many different examples of how it can be used.