I’m in the slow process of working on a new personal piece. The idea: spear-fishing on the back of a large tame turtle. 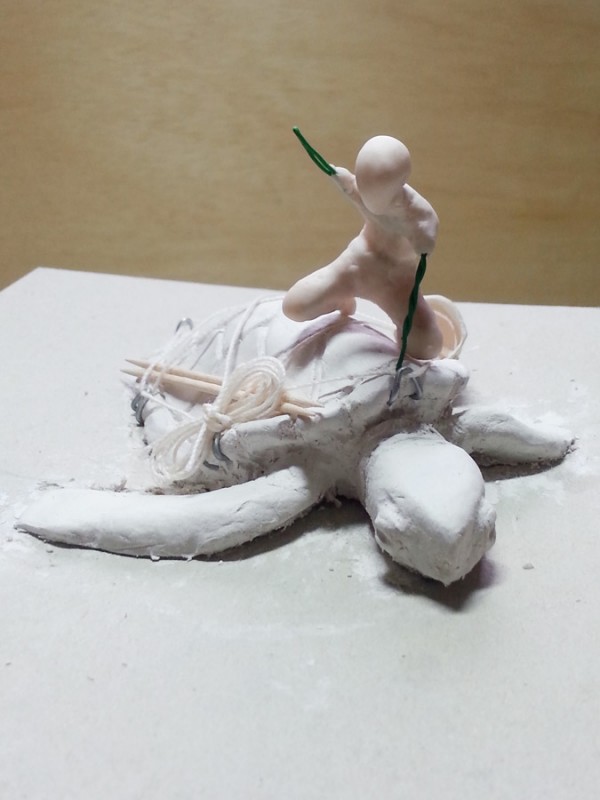 The idea has slowly formed from a few different sources; one being a documentary on tribal spear fishermen (no turtles were involved though). I’ve a pretty clear idea of the feeling I want from the image, but there’s a lot of preparatory work that needs to be done. Lighting is going to be important so I needed a guide for how the shadows would fall and interact with each other. Hence the model. The turtle is made from modelling clay and the figure from a polymer clay. The model took about 4-5 hours of work. 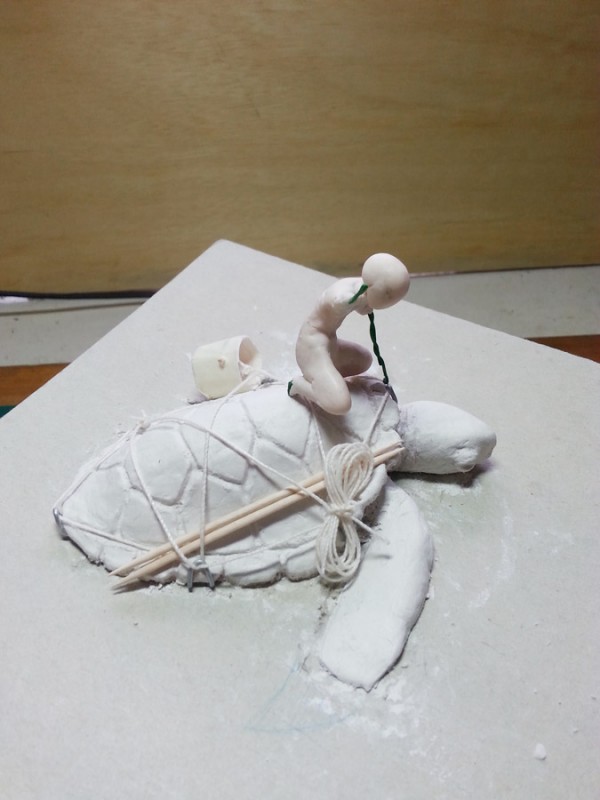 The figure needs some work as you can see — I may even start it again. I don’t want to spend too much time modelling, as it is only supposed to be a guide for the final illustration.

I’ll post some more stuff on this project as it continues.